ALTITUDE CHART (one way only)

Friday, 13th: Fredy, my dad and my brother, Tino headed to Samedan by car, with its trunk full of furniture to finally breathe some life into my new falt. The plan was to furnish the flat, then going for a short afternoon hike somewhere in the Engadin. That was the plan...

Since Tino wanted to head to Val Lumnezia by public transportation afterwards (which is a hell of a journey) we decided, once we finished furnishing the flat, to take the car and head there together. After a never ending drive from Samedan to Vrin, Tino got off to join his friends on the nearby Greina Flat.

Fredy and I spontaneously picked the 3022-metre Faltschonhorn for our afternoon activity. It was already past noon when we left Tino behind and since we still had a 1600 metre-climb ahead of us and wanted to be back at the car park no later than 19:00, we couldn't afford to waste time.

We left the carpark, which was located along a gravel road at 12:30. The sign stated a hiking  time of 4 hours to Fuorcla Patnaul plus and another 50 minutes to the peak. With only a light pack, we were certain we could reach the peak much faster. The first kilometres along the gravel road were flat and well suited for a bit of running. Eventually, just before reaching the village Pardatsch, we left the gravel road and followed the fairly well marked hiking trail initially through forest followed by bush and alpine pasture, where we were greeted by lots of sheep. I was ailing a bit the previous days and definitively could feel it during the climb.

Especially once, after a short descent to cross a river, the track steeply climb up towards the saddle. Together with scree and a snow field, progress was sobering. Still, 2.5 hours into the hike we reached the saddle. From there it was another spectacular 20 minutes along a ridge. Highlight of the day! A gentle track through brittle scree, very pleasant to walk. At around 15:30 we reached the peak. More or less the time we aimed at.

After a 20 minutes break with a bit of food and some photos it was time to head down again the same way. Initially wakling the rough, steep parts, running after crossing the river. At 18:30, we arrived back at the car park. Exhausted but happy! 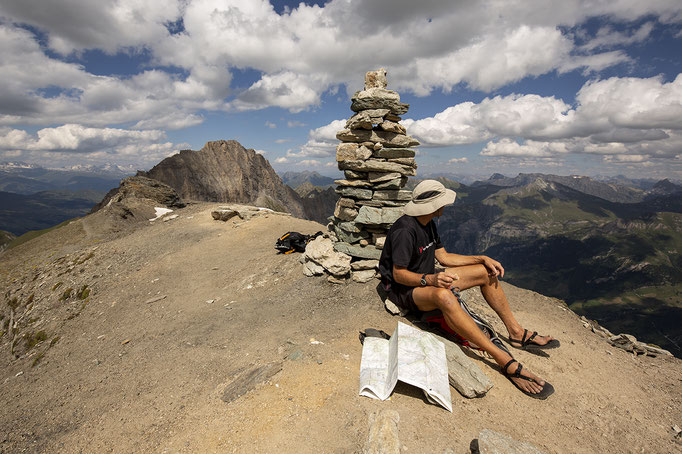 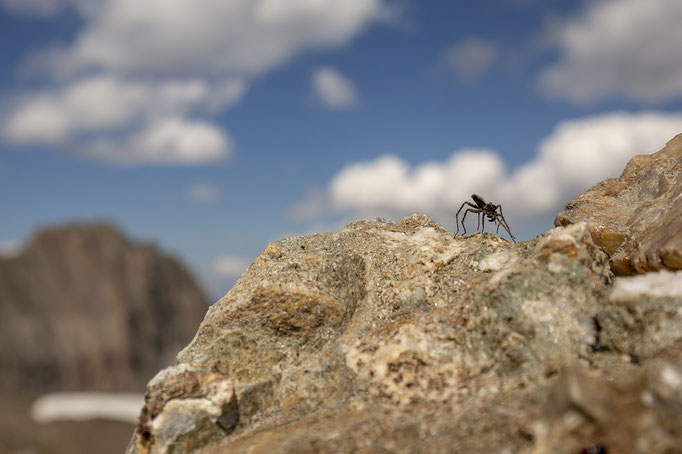 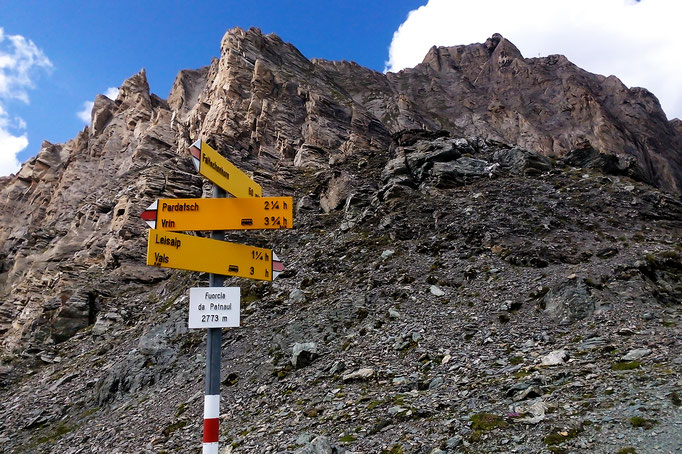 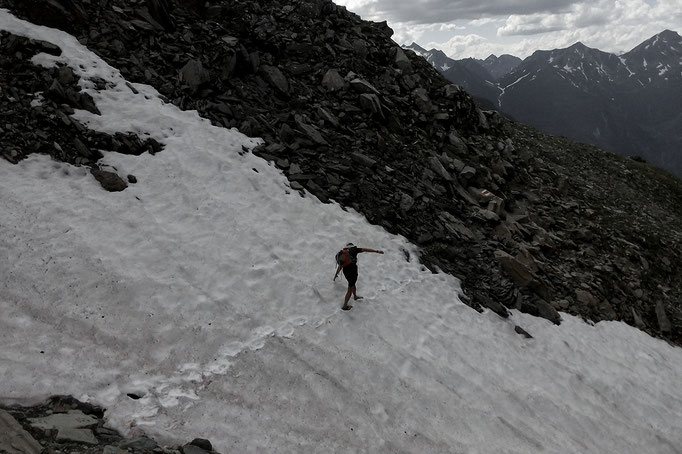 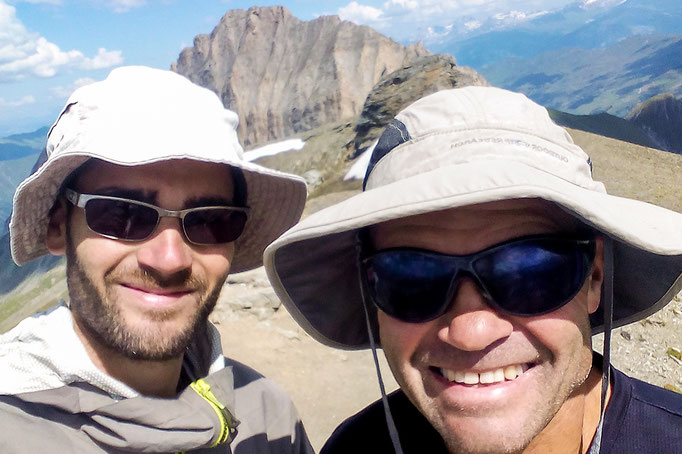